How trains drive themselves and what that means for human jobs

Written by Chris, updated Jun 24 2019 in accordance with our editorial policy.

Trains can drive themselves with a computer system called Automatic Train Operation. The computer system is responsible for accelerating the train, braking the train, applying the emergency brakes if a dangerous scenario is detected, and it can even open and close the doors at the platform. Self-driving trains don’t mean the end of jobs in rail however, there are still plenty of jobs available in the rail industry. 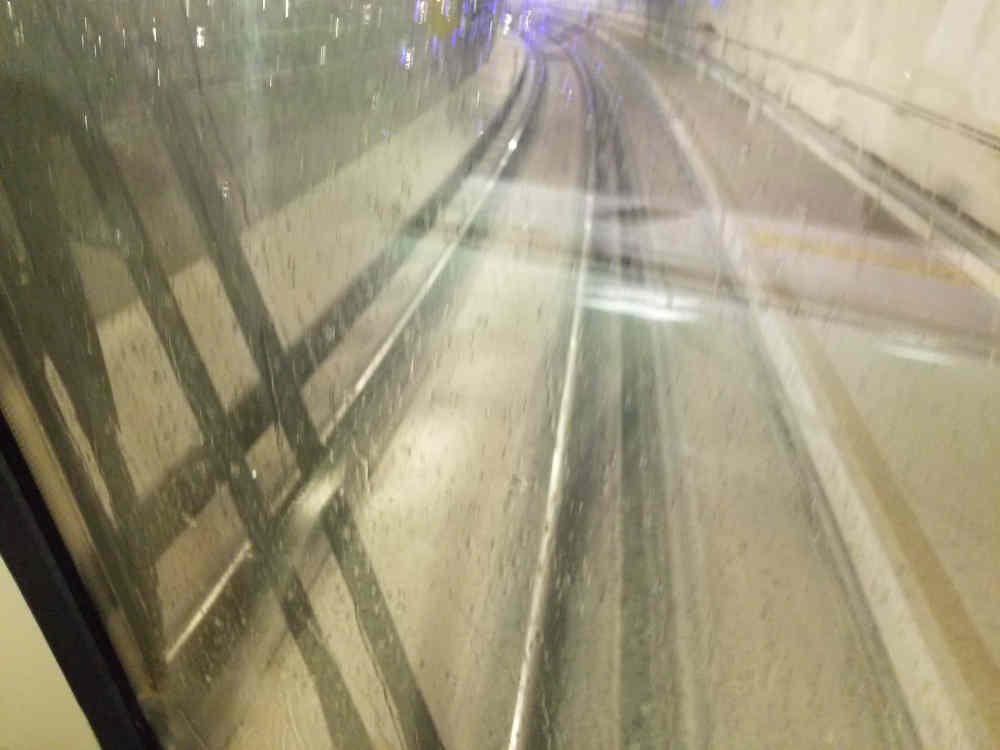 Self-driving trains are at least as safe as their person-driven counterparts.

If someone falls onto the track, a train will not be able to stop in time to prevent that person being crushed. Operating manuals for drivers on one railway I worked with said that the driver should apply the emergency brake then close the blind over the window. There is nothing a human driver can do to prevent collision.

The computers that control the train are certified using international safety standards. Check out IEC 61508 if you want to know more about the safety standards that go into making self-driving trains safe. Compliance with the standard gives a way to demonstrate that the installed hardware is safe, and the functions of the system are safe as well.

How do self-driving trains work?

The computer on a self-driving train is constantly monitoring measurements about how the train is travelling. It uses those measurements to figure out if the train should accelerate, brake, stop at a station, and open or close the doors. 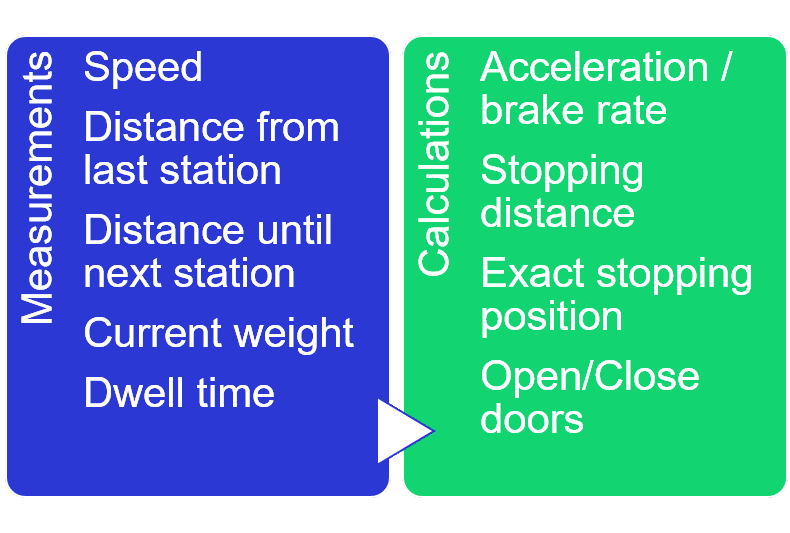 Self-driving trains calculate their actions from a set of measurements

On most of the trains I’ve worked with, the speed is taken from the tachometer. This is like a speed measurement on your car. However unlike a car, the wheels on a train shrink in diameter as the train runs along the rails. The speed readings need to be recalibrated at regular intervals. Rolling stock maintenance technicians can help accomplish this.

Distance from the last station and distance to the next station are measured using an odometer, similar to the distance measurement in a car. As with the speed, shrinking wheel diameter changes the distance reading. Trains need to stop to the inch at platforms and this requires greater accuracy than the error that builds up as the train travels the line.

Why does a train need to measure its weight? The train needs its inertia rather than its weight. Inertia is important as the train brakes to slow down at a station. The computer needs to calculate how much brake to apply, and how much distance it needs to stop the train. On one train system I worked with, a train full of passengers weighed 30% more than an empty train. Greater weight means a longer stopping distance, and the computer needs to know that.

How long a train spends at the station is called dwell time. The train computer is pre-programmed with the standard dwell for each station. That dwell is set by how busy a station is, and it can vary at different times throughout the day. Typically dwell time is 20-40 seconds. The train computer uses the dwell time figure to work out when to start closing the doors. If the doors are blocked from closing completely, the computer will open the doors and try again. This process is automatic, and passengers should watch out for automatically closing doors.

Self-driving trains still require people to maintain and repair them. I’ve written about some of the jobs that can be done on rail here: https://econstructioncareers.com/news-insight/automatic-trains-5-human-jobs

There are a few extra measurements the computer monitors to keep the train running safely. Some of these are:

Do self-driving trains still have drivers?

Self-driving trains can still have drivers. It is usually the post of a Train Captain or Train Attendant to sit at the front of a self-driving train and supervise operations.

In many cities, the travelling public feel safer with a person in charge of the train. Even if that person isn’t actively driving the train, they can still press the emergency stop button if something goes wrong. Unfortunately, most of the ways people are injured or killed by trains, can’t be prevented by a driver. Trains take a long time to stop, nearly the length of the platform; if someone falls on the tracks in front of a train, a driver can’t do anything to stop the train hitting that person.

Will self-driving trains put people out of jobs?

I put together a list of 5 great jobs you can get started with today that will still be around when all train lines are automatic. Click here to check that out: https://econstructioncareers.com/news-insight/automatic-trains-5-human-jobs