Where do trains park at night and what happens in a train depot?

Written by Chris, updated Jul 06 2019 in accordance with our editorial policy.

Where do trains park at night? At night, most trains park in the train depot. Trains are parked here so they can be checked, inspected, maintained, and repaired, getting them ready for the next service. Different parts of the train have to be replaced or repaired typically after a certain number of hours running or kilometres driven by the train. Trains can also park elsewhere, and the depot can also be used for more than checking trains. 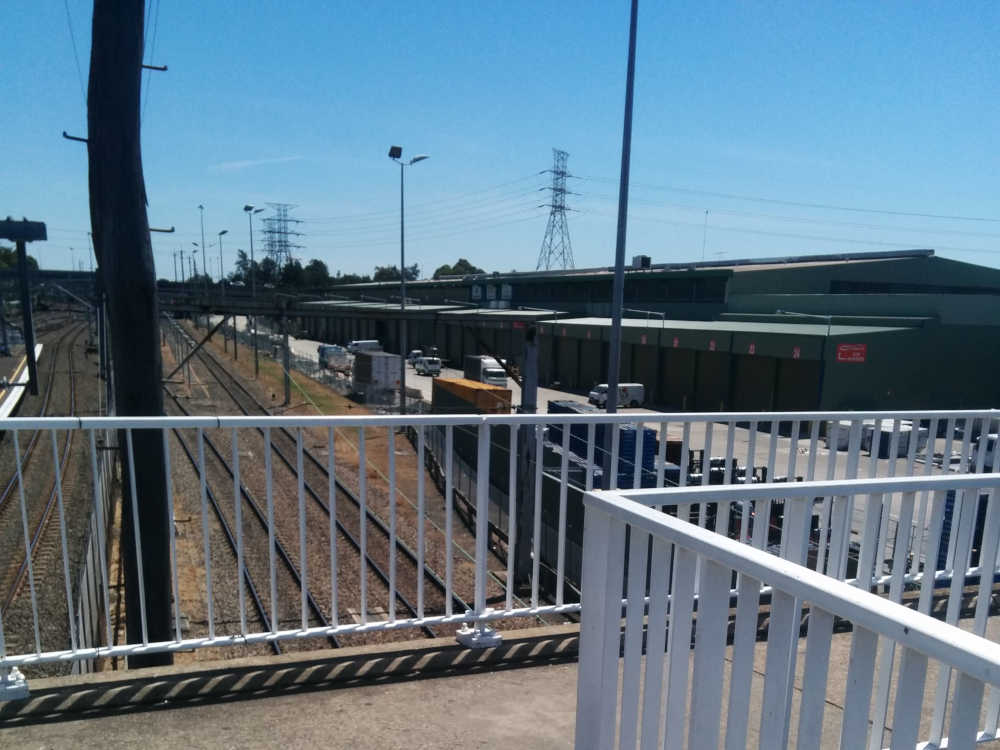 Trains park in the depot

Why don’t trains run at night

When they are parked at night trains are checked and inspected for problems. Is the train ready for the next day? 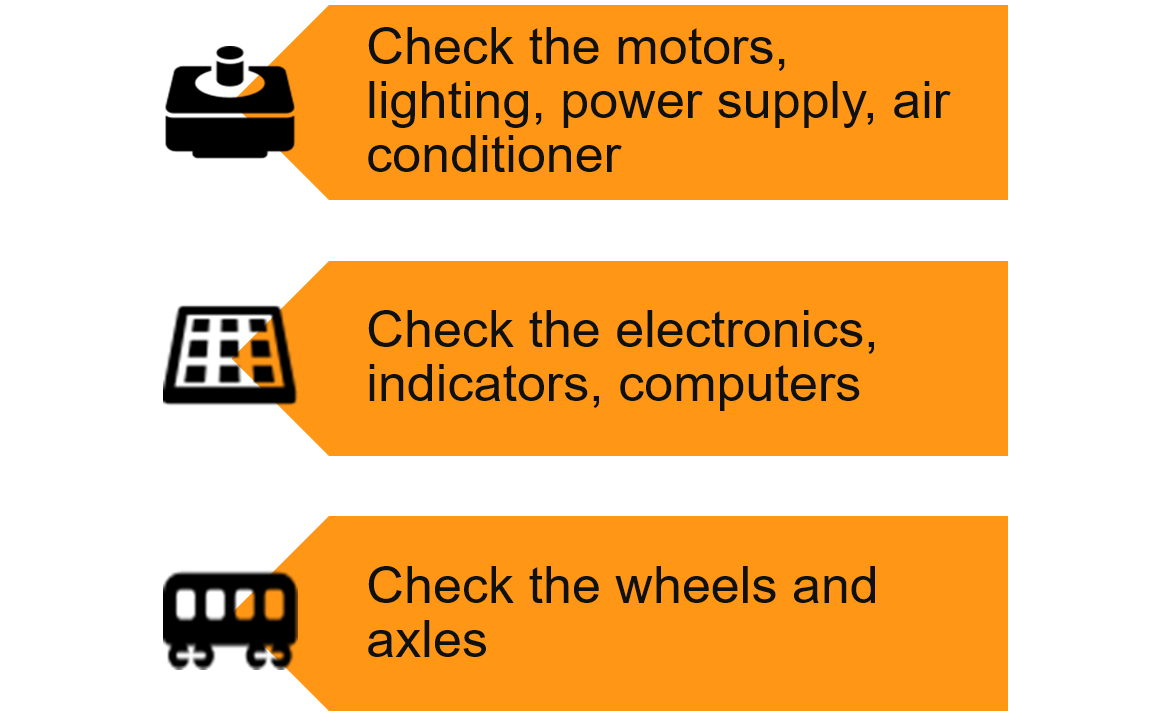 What to check when a train is parked

Train maintenance staff check these and fix any problems that come up.

If the problem is more serious, such as needing to replace an axle, the train is parked to the side and won’t be running the next day. On a modern train network, these problems can be detected and solved by computer.

Long distance trains still run at night. They have to to get to their destination. My grandparents lived in a country town where the daily train to the city would depart at 4am. They would catch this to go shopping for the day, then catch the return train back arriving home at midnight. Trains run all the time, night time is often the most convenient time for maintenance.

It’s suburban or metro trains that don’t run at night. When there aren’t many people around to use them, these trains are given a rest and a chance to be inspected and maintained by train crews. The tracks the trains run on are also checked, inspected, and repaired. Imagine road works, but for trains.

Some suburban lines have all night trains. I’ve heard of London and Melbourne (Australia) having all night trains on busy nights of the week to help everyone have fun and get home safely afterwards.

Where do trains go after the last stop

Metro and subway trains go to a hidden bit of track to turn around and come back. Sometimes they go to a depot out of service for repairs and maintenance. What happens if you fall asleep on the train past the last stop? You might end up at the depot! Most of the time a member of crew checks the train to make sure all passengers got off at the last stop.

Long distance trains go straight to the depot for maintenance, re-stock, wash. Trains are inspected and checked; fuel, water, oil; and passenger amenities are re-stocked; the train and all its carriages are given a wash.

What happens in a train depot?

Checking trains at the engine shed

The engine shed is a machine shop for trains. Trains are inspected and checked to make sure they are ready for the next service. Any parts that are worn out are replaced; anything that’s broken is fixed; and anything that needs refilling is refilled.

Train wheels and axles need to replaced after a certain number of kilometres (usually 10’s of thousands). The engine shed has cranes that can lift up a train to help replace the wheels and axles underneath.

Air conditioner units similarly need to be repaired or replaced after many hours running. The cranes and platforms in the engine shed are built to help engineers and technicians get on top of the train and repair/replace these units.

Trains are washed in the depot.

Like a car, washing a train can be done by hand, or by running the train through a train wash. An automated train wash is very similar to an automated car wash. Self-driving trains often extend their command to the train wash, they’re capable of washing themselves.

Trains that run long distances will likely need a top of fuel and other necessities at the depot.

Long distance passenger trains also need food and amenities for passengers. These can be re-stocked in the depot while the train is being taken care of.

Train depots can also be used to move freight between ships, trucks, and other trains. Efficient freight transport uses a combination of ships, trains, and trucks. Everything must move on time reliably. This is a great money earner for rail networks; keeping freight transport running smoothly generates a lot of jobs.

Why do trains park along the line?

Trains park along their line to get ready for the next service. A train can park at the station overnight so that it can start running first thing in the morning. Particularly for lines that are very long, if a rail operator wants to start train service early, it might be easier to park a train nearby the starting station rather than at the depot. This is called outstabling.

As a passenger, I often see maintenance trains parked at platforms late in the night waiting for the train service to finish. Once the service finished, the maintenance crew uses these trains to drive out to parts of the line that need maintenance. 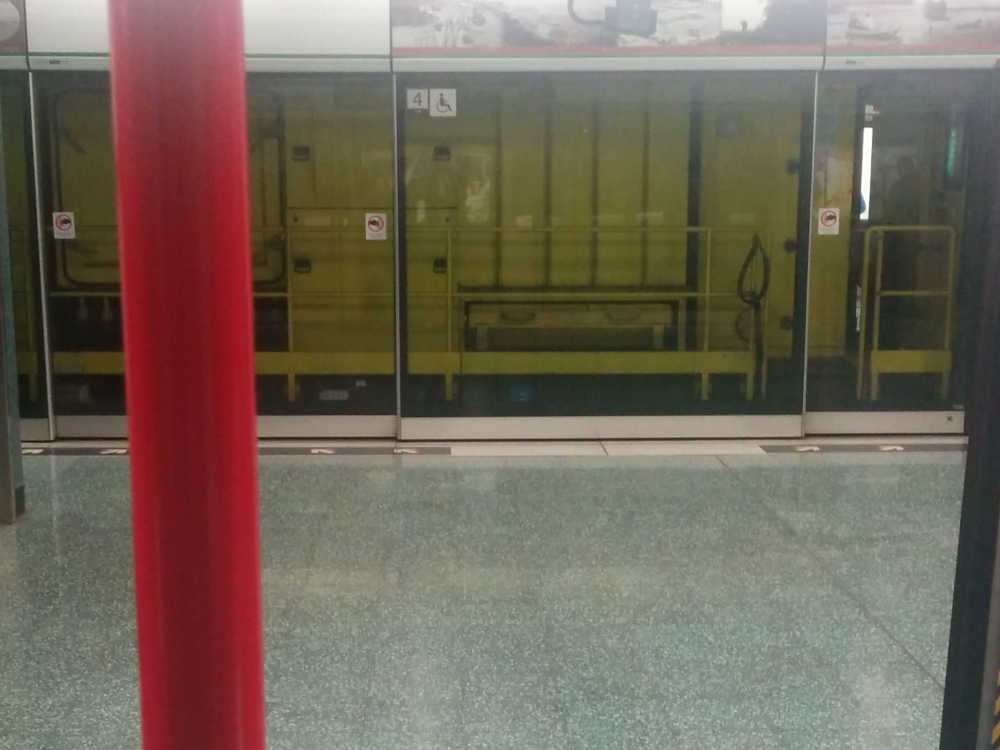 A maintenance train I saw parked at a passenger platform

What are the jobs you can do for checking and inspecting trains?

Cleaning trains. People are needed to clean the inside of a train. Self-driving trains are more than capable of running themselves through an automated train wash. Cleaning trains is a great way to get started working on rail; cleaners still learn all the safety rules of working around trains, including learning how the network operates.

Engineers and Technicians are the people carrying out the checks, inspections, and repairs necessary to keep the trains running. These jobs usually need further education after secondary school. The easiest way to get started is with an apprenticeship with a rail company; they’ll teach you what to look for and how to repair it for their trains. University is another option, a degree in mechanical engineering can get you a job working to keep trains running safely, reliably, and cost-effectively.

I wrote recently about how rolling stock technicians and engineers work with trains, and how you can get started in the industry. Click here to check that out: https://econstructioncareers.com/news-insight/rail-engineer-good-career

At night, most trains that aren’t running are parked in the depot. Some trains park along the line, and some trains keep running all night and park during the day. When trains are parked, they’re usually cleaned, checked, inspected, and maintained to prepare them for the next service.

Trains, even self-driving automatic trains, need many people to look after them when they are parked. There are great opportunities for jobs here cleaning trains, operating the plant and machinery that help repair trains, or checking, inspecting, and repairing the trains.