What are smart city sensors and what jobs can sensors provide?

Written by CD, updated Jun 03 2019 in accordance with our editorial policy.

Smart city sensors are the best way to collect data in a smart city. They are electronic systems designed to monitor something and then send that data to be processed. Smart city jobs that involve working with these sensors include designers, installers, and maintainers of smart city infrastructure.

What are sensors for smart cities

A sensor takes an external event and records it electronically so that it can be used by a computer. These external events include light, water, electricity, traffic, pollution, or anything else that we can conceivably measure. If you want to measure something, chances are there’s a sensor for it (if there’s no sensor for your measurement, this is your chance to invent one and help build a smarter world).

Sensors collect their data and feed into the upper layers of the smart city platform. Smart city sensors provide details to applications that help people live ‘smartly’. The sensors also provide the data that is analysed to help make smart city decisions. 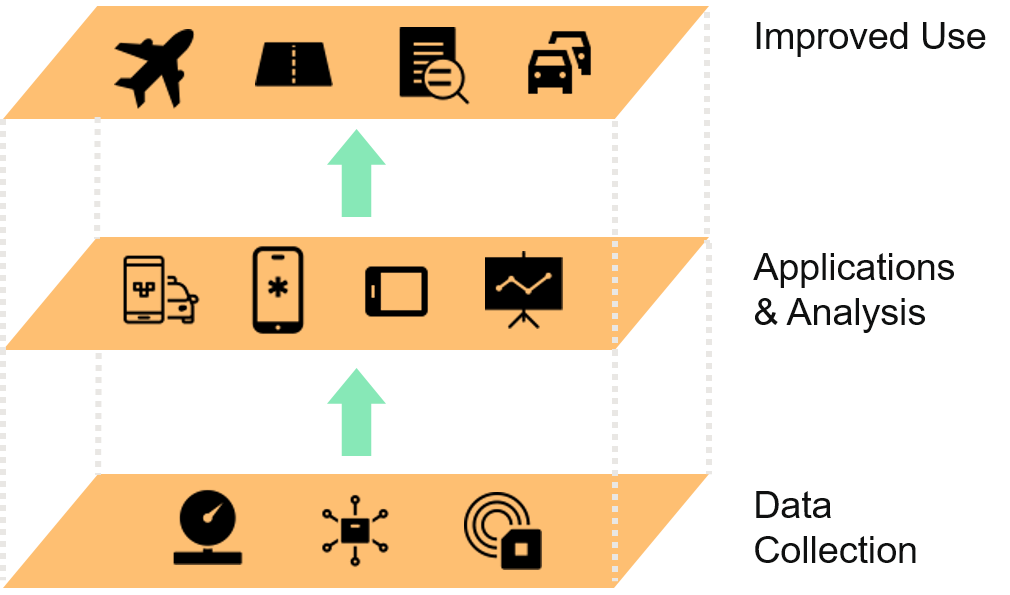 How do smart city sensors work

Sensors take a physical event and record it on a computer. If an event can be measured, a sensor can record it.

Smart city sensors can record simple events such as a car passing, the amount of pollution in the air, or how much water is flowing through a pipe.

Sensors bridge the gap between a physical event and a metric that applications and humans can use to make decisions. 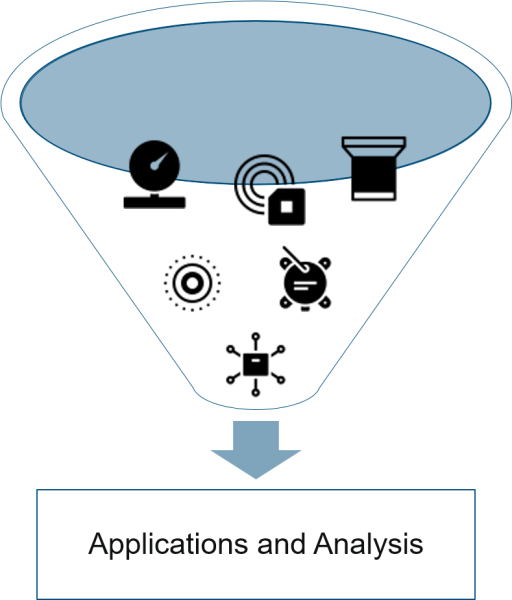 Sensor data is funnelled to Applications and Analysis

Building a smart city requires more complicated measurement than counting each time a car goes past. What makes a smart city sensor noteworthy is when they’re deployed in a network for widespread data collection. The network of sensors can be used to define metrics for the smart city: How many people use this path, how much water is being used, what is the pollution in the air.

Here are some examples of the sensors that provide data to a smart city:

I group the jobs for working with smart city sensors into 3 areas:

Installation and maintenance of sensors is a great place to get started if you don’t have a relevant university degree. All 3 are options if you do.

Do you have a STEM degree? This is a great place to start if you want to design smart city sensors.

The university I went to taught a course on sensors run by the physics faculty. Traditionally a sensor transform a physics event (light, force etc.) into an electric signal to be recorded on a computer. Similarly, chemistry studies can be used in the design and development of sensors.

Smart city sensors are a network of individual devices. Designing sensors for smart cities is more about how the sensors will be used in a network rather than the individual sensor itself. This is a job for a computer programmer, data analyst, or engineer.

The installation of smart city sensors is a great construction opportunity for the twenty-first century. This is the reason I am here writing this.

While there is no general job titled “smart city sensor installer”, there are plenty of opportunities to install smart city sensors for anyone working in infrastructure. Think about anything you install that will be used frequently. Can its use be monitored, can that use data feed a metric that will help other people.

For example, a plumber. If the job is residential, could there be an opportunity to install sensors on the pipes to warn the homeowner of leaks? Similarly for a municipal job, does the government have smart city ambitions, could water sensors help feed into this?

Most sensors are electronic. Some idea of electronics and electrical work will likely be needed to install smart city sensors. If you want to work with the installation of the sensors, getting exposure to electrical and electronic work is a great place to start.

Installation/construction projects for sensors aren’t very common at the moment. Many governments, even those that aspire to be a smart city, may overlook the inclusion of sensors in their project. If you have the know-how and experience, there may be opportunity here to help develop and install smart city sensor networks.

To work with the installation of smart city sensors, get some knowledge on installing electronics, then develop ways to apply that to smart city projects.

I wrote previously about the opportunities available for a future career in infrastructure (click here to read more).

Maintaining infrastructure is a great opportunity for a life-long career that won’t be automated away from you.

Sensors, similar to other infrastructure components, breaks down over time. They are used frequently and can be exposed to a variety of weather conditions.

Smart city sensors also generate maintenance more interesting maintenance work. A lot of traditional preventative maintenance tasks involve manual inspection: 80% of the time there’s no problem and nothing interesting. If a sensor was there taking care of the inspection for you, your job would only be dealing with the interesting cases when something was degraded and braking down.