How trains turn around, and why it's important to be quick

Written by Chris, updated Sep 09 2019 in accordance with our editorial policy.

Subway and metro trains turn around by reversing their direction at the end of the line, usually these trains are capable of being driven from either end; in my experience it takes 2-4 minutes to turn a passenger train around. Larger trains pulled by locomotives, such as freight trains, can be turned around at sidings, by a balloon loop, or by turning the locomotive around on a turntable.

Why is it important how trains turn around

The faster a train turns around, the faster it can get back to serving customers.

I used to simulate how many trains you could fit on a train line. This simulation would tell me how frequently trains could service a station, and it’s used to build train timetables. Turning trains around at the end of the line was often the bottleneck in the systems I was working on. If the train turned around faster, services could arrive at platforms more frequently, and more passengers could be carried.

A train is not generating revenue if it is not moving passengers or freight.

How metro and subway trains turn around

Metro and subway trains can be driven from both ends.

Turning around the train is this process: 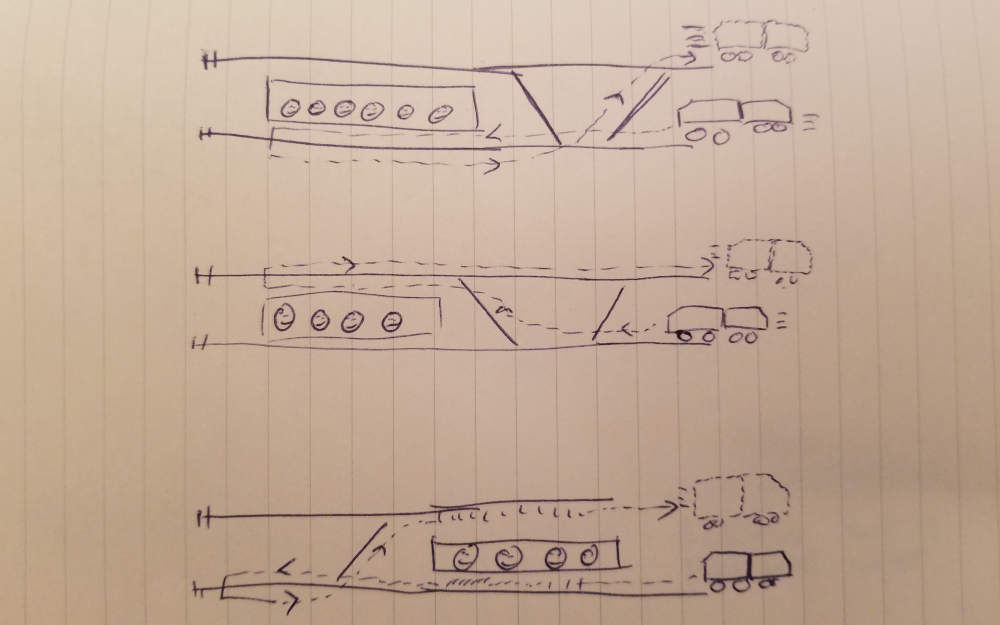 Some train lines use the platform to turn the train around. After activating the other end of the train to drive, the train uses a crossover to change tracks.

Other train lines I’ve seen drive the train past the platform, then activate the other end of the train, then use a crossover to change platforms. In my experience, this is the quicker way to turn trains around. It requires more track and equipment to achieve however.

How long does it take a metro or subway train to turn around?

The quickest time I’ve seen to turn around a metro or subway train is under 2 minutes. This is usually achieved when the train is self-driving or when there is a driver waiting at the other end. If the driver has to change ends of the train, it can take up to 4 minutes.

Some trains turn around before they reach the end of the line, I usually call this short shunting.

Trains turn around before reaching the end of the line so that they can free up capacity on the line, be used as or re-positioned for another service, or because there is a fault and the train needs to be fixed.

In my experience, an unscheduled turn around (short shunt) is because the train is broken, or the train is being sent to take care of passengers elsewhere.

To get a broken train out of the way so that trains behind can keep running, train controllers and drivers try to move it to a nearby siding or the depot. If the train can’t move itself, another train can be connected and push the broken one out of the way.

Turning a train around to enter service elsewhere is about sacrificing some services to keep the timetable running. Small delays can cascade through a train timetable and cause big problems elsewhere in the network. In peak hours when nearly all trains are being used, delays in one part of the network will affect others. To prevent this happening, a train controller might direct a train to turn back early so that it can go on to fulfil another part of the timetable. Some people lose out, but others gain a lot of benefit.

How freight and locomotive pulled trains turn around

Locomotives turn around by using a turntable, passing their carriages on an adjacent track, or using a balloon loop.

Freight carriages are pulled by locomotives. When the entire freight train needs to move in the other direction, train drivers and controllers have a few options available to them.

Locomotives can move to the other end of their carriages on an adjacent track, reconnect with those carriages, and pull the train again. This is the cheapest and easiest way to turn around the entire train, but it requires that the locomotives can be driven bi-directionally - where the driver can drive ‘forward’ facing in either direction.

A balloon loop is track that curves around to join back on itself. The drawing of this track looks like a balloon. By entering a balloon loop, a train is able to turnaround and head in the other direction. 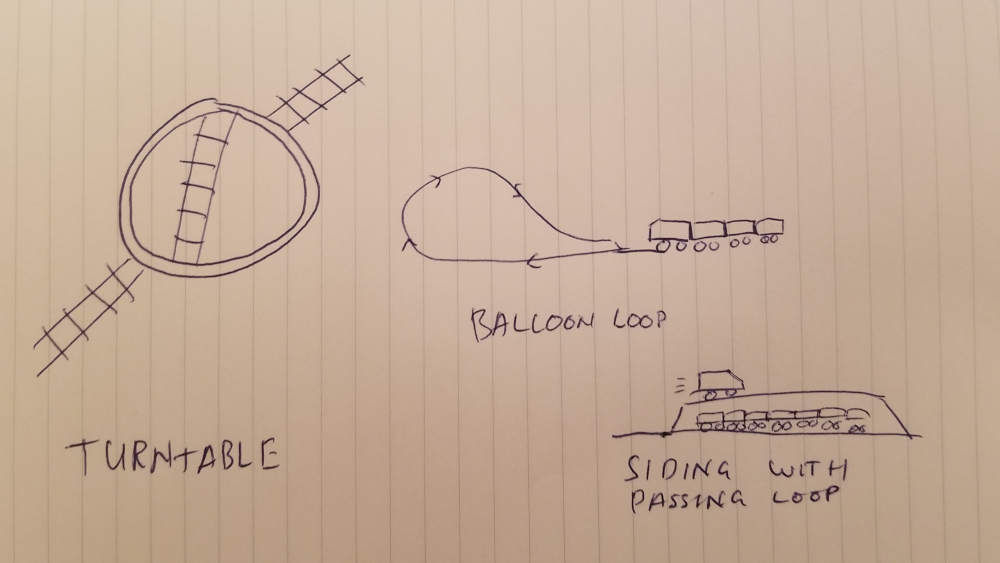 What are the jobs important for keeping trains running

Train drivers are the obvious job here. They are responsible for driving the trains, but they often don’t have much control over where the train goes; directing trains is the responsibility of train controllers.

Maintenance engineers and technicians keep all the parts working smoothly. The maintenance engineers and technicians look after the trains themselves, and the machines that switch the track and allow trains to turn around. These point or switch machines are safety critical mechanical equipment that must be maintained regularly. If a point machine breaks down and a train can’t use it, the train can’t turn around - this will disrupt the service.