How long it takes to stop a train, and how to emergency stop one

Written by Chris, updated Aug 21 2019 in accordance with our editorial policy.

Based on an analysis of 8 train configurations travelling at over 110km/h (65m/h), a freight train stops on average in 1848 meters (6062ft) and 77 seconds, and a passenger train stops in 731m (2400ft) and 46 seconds. The stopping distance can change if the train is going uphill or downhill, even at a very slight gradient. 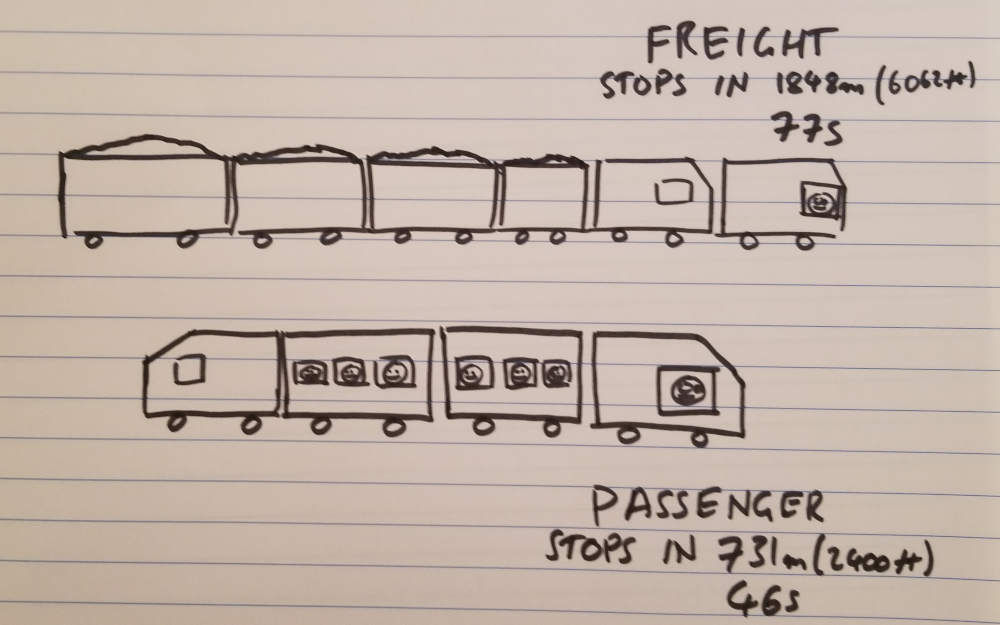 Freight trains take longer to stop, they are bigger!

Metro or subway trains I’ve worked with, while not part of this analysis, can have shorter stopping distance (less than 160 m). Trams and light rail can typically stop very quickly due to their lower running speeds and lighter loads.

The data collected for this analysis can be found at the bottom of this page, click here to scroll down.

How to stop a train in an emergency

To stop a train in an emergency when you are onboard the train, look for an emergency stop handle, or for an emergency intercom to speak to the driver to stop the train. In many onboard emergencies, a quicker response will be had by having the train proceed to the next station. 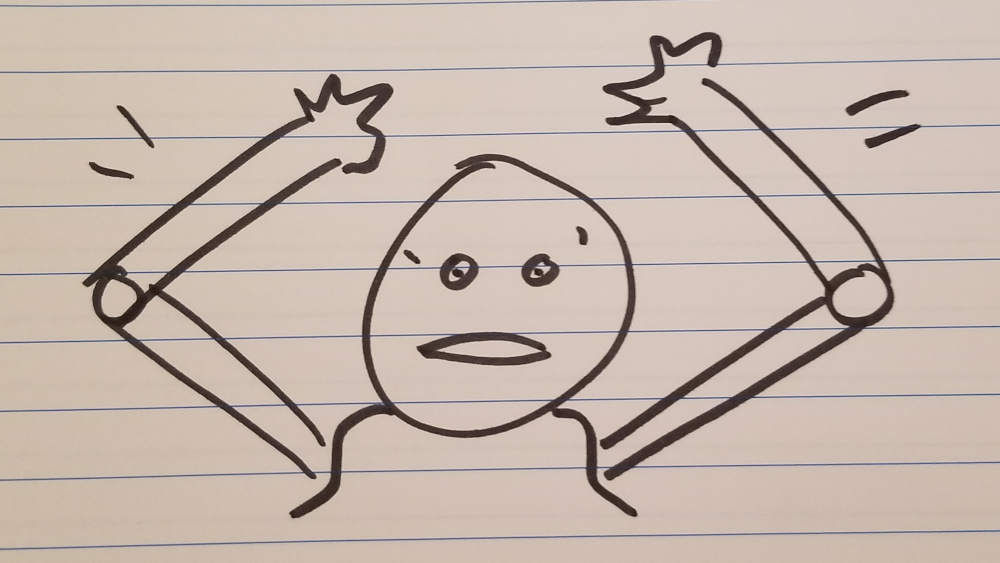 To stop a train when you are on the platform or beside the tracks, raise both arms above your head and wave. On every train line I’ve worked on, this has been the hand signal to tell the driver to emergency stop the train.

When I was trained on the hand signals that are given to drivers, the standard was two arms raised above the head to stop. It is considered an emergency if the hands are waving.

Things that will NOT stop a train, even in emergency

A coin on the tracks will not stop a train. The train is heavy enough to flatten the coin. A crack or other damage might happen to the wheel or the rail though. These are not dangerous but can build up to bigger problems over time.

A car will not stop a train. The train will drive through the car and destroy it. A car on the tracks will damage the train however, and it is dangerous to crew and passengers on the train.

A truck will not stop a train. The train will also drive through the truck and destroy it. Similarly, this will damage the train and is dangerous to passengers and crew. In theory, colliding with a truck can cause a derailment. Thankfully our recent analysis showed that it is very rare for a train to collide with a truck: https://econstructioncareers.com/news-insight/why-trains-derail

Leaves can stop a train (the driver stops the train when the leaf problem occurs). Wet leaves on the tracks can stop trains. They prevent the wheels making proper contact with the rail. This means trains can’t stop properly, and they can’t be detected by the signalling system. It’s dangerous to run trains when the rails are covered in wet leaves. To find out more about signalling and train control, check out the bit about signal faults written over here: https://econstructioncareers.com/news-insight/rail-signalling 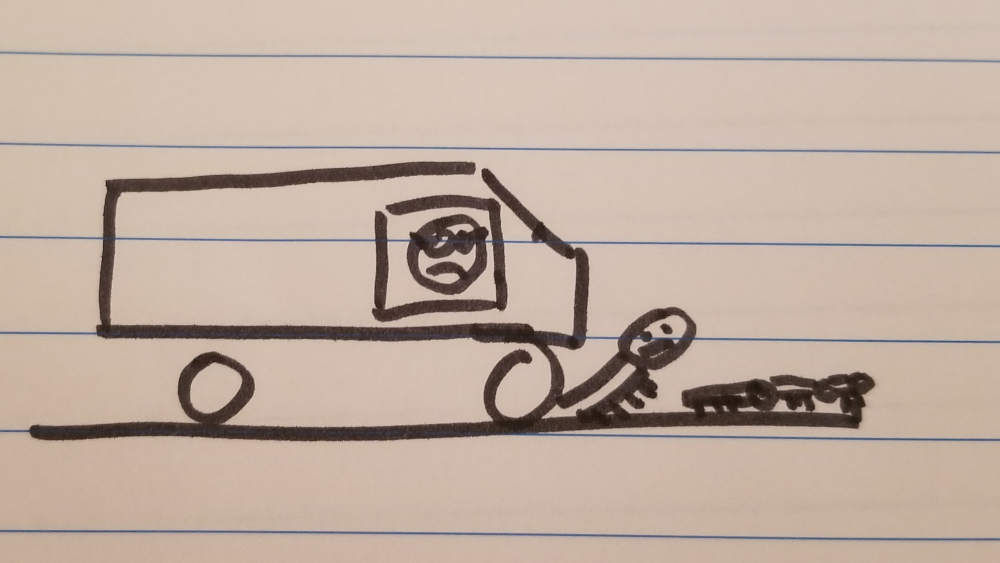 Unfortunately, by the time the train stops, it’s too late for the bugs

Even if the train is commanded to stop in an emergency, it can still take a long time.

The data for this studied confirmed the obvious, long heavy trains take longer to stop.

The data in this table is based on design standards from ARTC. The standards are used in calculating distances for signalling, and for train headway performance. Data is based on measurement of freight train performance, train braking standards, and calculation. Freight trains were assumed carrying coal.

Trains are heavy; trains take a long time to stop. Even if you put something in the way of a train, the train will not stop.

A driver will stop a train in an emergency, but don’t expect this to be quick. Trains can take over a minute to stop from their normal travelling speed in an emergency.