How train drivers see at night, and why they don't need to

Written by Chris, updated Aug 18 2019 in accordance with our editorial policy. 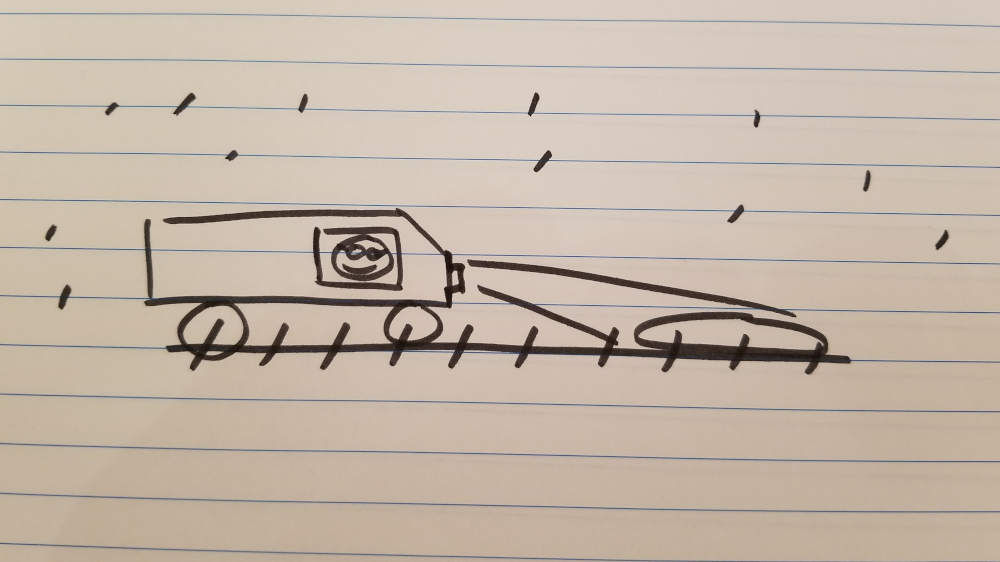 Train headlights illuminate the track in front of them

A train cannot swerve or stop to avoid a collision, so the driver does not need to know if one is about to happen. The driver instead needs to see enough to understand what collided with the train, which authorities need to be alerted, and if the train can continue to run safely after the collision.

How often do trains run at night?

Trains that aren’t running park in the depot. To find out more about what happens to trains after their last stop, and what goes on in a train depot, check this out: https://econstructioncareers.com/news-insight/trains-park-night

Passenger trains run at night. On most passenger train lines, trains stop running between 1am and 5am. This period of time is used to maintain the train tracks, repair broken parts, and make sure the lines are safe to use when trains start running again the next day.

These maintenance periods can also be used to replace or upgrade different parts of the train line: 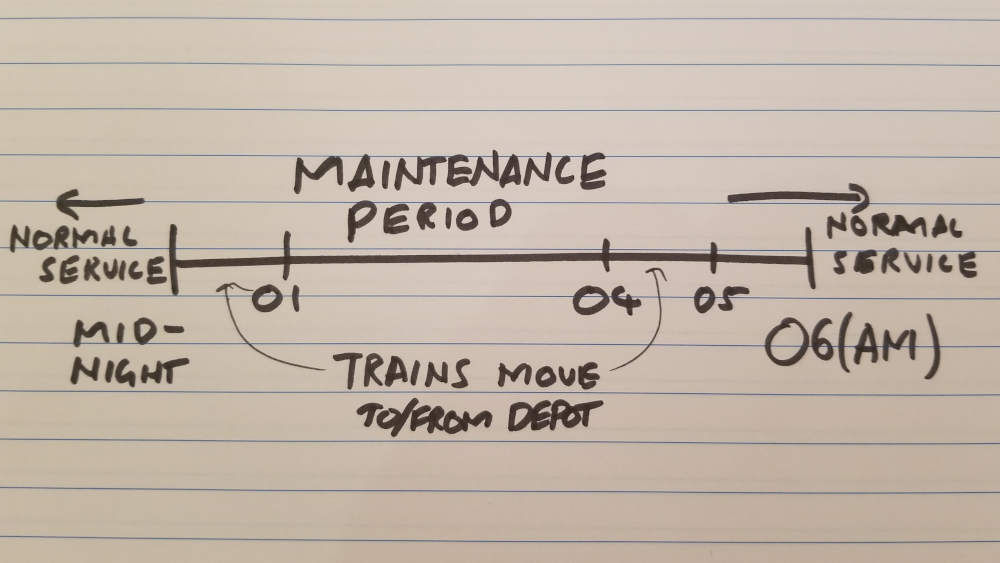 Train headlights focus on the track because the light is not there to prevent an accident, it’s there to help figure out what needs doing after an accident.

Train drivers cannot stop their trains quickly. Trains are fixed on their tracks, they cannot swerve to avoid accidents.

If there is something blocking the line, the train will strike it and there is not much the driver can do.

Train drivers are there to judge the aftermath of a collision:

What do train drivers need to see?

Train drivers must watch for signals. Signals tell the train driver where it is safe to drive the train. On some lines signals even tell the driver how fast to drive.

Signals are typically lights by the side of the rail line. The train driver must observe the colour of the light shown to understand how far ahead the train can be driven.

Signals can also be transmitted directly into the driver’s cab; the driver only needs to watch the computer screen on the control console. Signalling prevents trains from colliding, signalling also tells trains where to go; to understand how signalling achieves this, click here: https://econstructioncareers.com/news-insight/rail-signalling

Train drivers monitor the train for problems. If the train is in a collision, say with a branch, is the train in good working order to continue?

Can a computer replace the train driver?

There are already self-driving trains: Trains that can be driven with a computer, trains that don’t need a human controlling them.

Train drivers can be replaced by a computer. Computers, also called Automatic Train Control, can command trains to go, stop, and avoid running into each other.

Automated trains are easiest to implement when the rail line is separated from everything. If the rail line is built on a viaduct or in a tunnel, there is no chance of branches or animals getting in the way of a train.

Why are there still human drivers?

If the train does suffer a collision, a human driver is better able to clean up and decide if the train should keep moving.

In my experience, it’s also cheaper to employ train drivers than it is to build computer systems into the trains.

On train lines that are 100% new however, we’ll install computers that can drive the trains.

I wrote recently about how trains drive themselves, check it out here: https://econstructioncareers.com/news-insight/how-trains-drive-themselves

Trains have headlights, similar to a car, to help the driver see at night. The train headlights are a little different however in that they don’t typically provide a lot of light to the driver. As a train driver cannot stop or swerve to prevent an accident, there is no need to show the driver approaching hazards. The driver’s job instead is to deal with the aftermath, to alert the authorities of help is needed, and to get the train running again.